Jóhann Jóhannsson has released well over 20 albums in his career. And who really knows how many sound documents still lie in the drawer that could see the light of day posthumously. Once a month, Kristoffer Cornils and Thaddeus Herrmann review the composer's work - chronologically, album by album. The seventh episode is about the posthumously released soundtrack to the film "Personal Effects" by David Hollander.

It seems as if our Jóhannsson experts got a bit mixed up in the chronology: Not only are the release dates of the film "Varmints" (October 2008) and "Personal Effects" (December 2008) close together, but the album "And in the Endless Pause there Came the Sound of Bees" (June 2009), comprising material written for the former, was also released long before the OST of Hollander's film. The movie was already available on DVD in May 2009 (and thus only half a year after the premiere, which never is a good sign), but much more time passed before the music was released: at the end of May 2020, Deutsche Grammophon put out the soundtrack on vinyl for the first time and made it available digitally in its entirety. Were they just recycling some leftovers or instead doing their duty as the composer’s archivists? Kristoffer Cornils and Thaddeus Herrmann come out of their prolonged summer break to discuss just that over coffee and cherry crumble cake. They open another chapter of the—strictly organised by time of creation, not by date of publication—User's Manual.

Kristoffer: I have no idea why this OST appeared only posthumously, though it was Jóhannsson's first Hollywood production.

Before we get to the music, a few words about the film, whose premise has a lot of potential. A deaf-mute teenager’s mother, played by Michelle Pfeiffer, makes a living as a wedding planner in a community centre and meets an ex-wrestler, Ashton Kutcher. Where they meet is more interesting than the course of the predictable (love) story that unfolds between the two of them: they get to know each other while attending a support group for the relatives of murder victims. His sister was brutally killed by a stranger, her husband shot dead by one of his cronies while drunk.

"Personal Effects" as a film thus tells a story of individual grief work that becomes a common cause. Jóhannsson's music would actually fit in very well, if David Hollander didn't completely squander the plot's potential in terms of narrative and aesthetics. Silly attempts at situational comedy (Kutcher hires himself out as a promoter for a fast-food chain called Megabird, dressed in a chicken costume of course) and an overly serious cinematography (everything is bathed in cold, naked light) create friction in the most unattractive, unproductive way. Sluggish writing and the lack of chemistry between the two main characters, mainly thanks to Kutcher's abysmal acting, don't make things any better.

Of the 16 tracks on the OST, only very few are actually used, and instead many cheesy ballads on acoustic guitar can be heard. And when Jóhann's tracks are playing in the background, they are meant to make up for the lack of emotionality in the scenes, though the warm sounds seem completely out of place in the frosty atmosphere of the pictures. Despite its star cast and some topless shots of Kutcher, "Personal Effects" was hardly noticed when it was released and literally disappeared from the screen again quickly after its release. It was only last year that Deutsche Grammophon put out the soundtrack on vinyl for the first time, wisely avoiding any overly concrete visual allusions to the film. What I'm asking myself now is if that was even necessary. As someone who hasn't struggled through these 110 minutes of underwhelming screenwriting, what do you think?

Thaddi: First off: I wrote to you the other day that I had listened to the album again in preparation after a relatively long time. As much as the general tone appealed to me, questions and doubts developed in my mind. I was asking myself whether this was a really good album. But then, just three days ago, a dear colleague of mine died. I couldn't believe it, as he was much younger than me. I didn't know him very well, but got along with him all the better when we met or travelled together. Hypnotised, I clicked on my iPad and turned on this soundtrack. I liked the music since it was released last year, but it also seemed a little too simple to me. It turns out however that in certain situations, it's often the very simple things that I need.

But at the first listen, I found the album too simple and uniform. Actually, it is an extreme expression of one side of Jóhannsson's music. The beautiful, the solemn side. I like the straightforwardness of the composition. Everything is kept very simple, he varies the themes slightly again and again, just as one does in the classical soundtrack business. As an album, however, it's not enough for me, the repetitive and yes, even the lachrymose is a bit too much even for me. The "climax"—the track "Wrestling" with the acoustic drums—is the last straw. And I wonder if it was his own idea, compositionally justified, or if some executive said: "Oy, Jóhann, can't we get some drums in here?" So ... I don't really know.

Kristoffer: Me neither. That particular track is actually interesting, a "Dís" throwback in some sense: post-rock! And it stands out because of that, of course, while the rest of the album seems pretty formulaic to my ears. Ironically, Jóhannsson sums up his early phase as a film composer very well on it. In compositional terms it also leads us directly to the soundtrack of "The Theory of Everything," which I actually think is great. But it also seems very much like what it is: contract work. There are beautiful moments in it, no doubt, and Jóhannsson shows once again that he has mastered working with the orchestra; that he can put a lot of emotions into a few piano dabs and so on and so forth. But I simply miss the ... well, creative vision! The soundtrack to "The Theory of Everything" was so fantastic because, despite all its kitschiness, he really worked masterfully with leitmotifs. That also is hinted at here, but it is not consistently elevated to a concept. Despite taking the occasional diversions from the archetypal topoi of film music with electric guitars or drums, he is very restrained in terms of musical experimentation. I wouldn't of course hold that against him. After all, it's been a job and he probably just did what he had been told to do. However, I must correct myself: I have a hunch why this soundtrack was only released posthumously and over a decade after the movie came out. I guess he wasn't really proud of it. Rightly so, if I may add.

Thaddi: That's the biggest question. Why wasn’t the music released at the time of the film's release? That makes it even more difficult to place it within the broader frame of his work. I know you're someone who knows all the dates of his releases by heart, but I'm not quite as well versed, despite my affinity for it. To me, this album sounds like a mash-up of—as you rightly pointed out—his early work, though not as deep and impactful, and the classic Hollywood business he started to get involved in at that time. Which is not really what he was all about, of course, because as we get into more of his OSTs in the course of this series, quite different sonic spectrums open up. But the open-hearted beauty—I'd rather call it that than kitsch—is on the one hand clumsily overwhelming, but at the same time one-dimensional. Which, like you, I don't hear on "The Theory Of Everything." I can't really say whether this has to do with a different use of leitmotifs or simply with the quality of the melodies. That he wasn't necessarily proud of this music here ... I’m not so sure about that. I can't look into his head, but I think it's not so far removed from some of his other albums for films. Or is it?

"Hands off my Jóhannsson!"

Kristoffer: That's right, last time we listened to "And in the Endless Pause There Came the Sound of Bees". Compared to that, we can hear some parallels. On the other hand, we will next listen to "The Miners' Hymns," my absolute favourite soundtrack by him. In that one, he displays much more compositional courage. That is certainly also due to the fact that the format—a silent film—offered him much more freedom. However, I have to say that I like that Jóhannsson much better than the one who probably put these 16 pieces together in a few days. It's a soundtrack full of tried and tested tricks from his own and Hollywood's repertoire. A bread-and-butter job that was approached accordingly, albeit at a professionally high level by someone one who was at a comparatively early stage of his career. It's a pity in a way, and I don't know how I feel about this subsequent release by Deutsche Grammophon, which in the meantime has banged out even more archive material and B-sides this summer. They're keen on making a few extra quid, it seems, and I find that disrespectful. Although perhaps I’m feeling too proprietary: hands off my Jóhannsson! Either way: "Personal Effects" is nice to listen to and it is by no means the worst thing he has ever produced—"Dís" deserves that title and will keep it for all eternity—and yet it leaves me cold. It simply lacks ideas, in my opinion.

Thaddi: You’ve made a point regarding Deutsche Grammophon. Although I can sympathise with that, because of course it can also be argued that fans like it when even the very last shreds of one's work are published; just so that they are simply there and can be listened to, no matter what we may think of them from a critical perspective.

Kristoffer: Sure, that's true, and it's also true that I think that good ol' Max Brod did the world a huge favour by ignoring Kafka's last will and testament. But especially in music, I find such 2Pac-ifications of an artist's legacy at least problematic, because the material is rarely really any good!

Thaddi: Yes, that's often true enough. But I don't think it invalidates my thesis. Let people decide for themselves afterwards. When you're a fan, the thirst for knowledge is sometimes endless. So I think it's okay to publish this OST, too. And my image of Jóhannsson is not ruined even by such a mediocre record. On the contrary, it's another piece of the puzzle that completes my picture of his work and lets me classify it even better. The album, the soundtrack, the record—it surely doesn't get any better because of that. Maybe I have too idealistic a picture of his music and my understanding of it, but every additional sound that I’m confronted with makes me ... well ... more informed. And I think that’s a good thing. I get to know a new facet, or rather a different one. So hopefully in the long run it all comes together even better.

Kristoffer: It’s true that—speaking as a historian or the notorious contextualiser that you have rightfully accused me of being earlier—this soundtrack fills a gap, albeit a very small one in my eyes. Here’s my final propsal: basically, this is a preliminary sketch of what he was to lay down five years later with "The Theory of Everything." 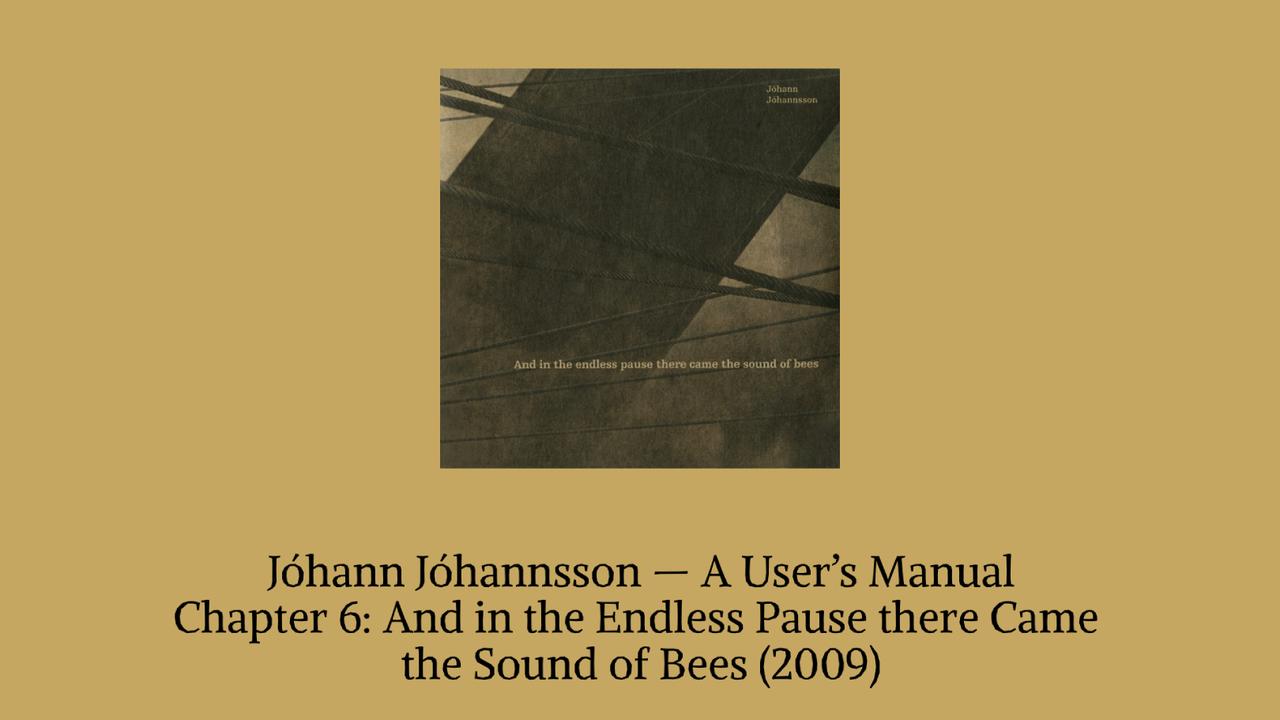 Jóhann Jóhannsson – A User’s ManualChapter 6: And in the Endless Pause there Came the Sound of Bees (2009) – English 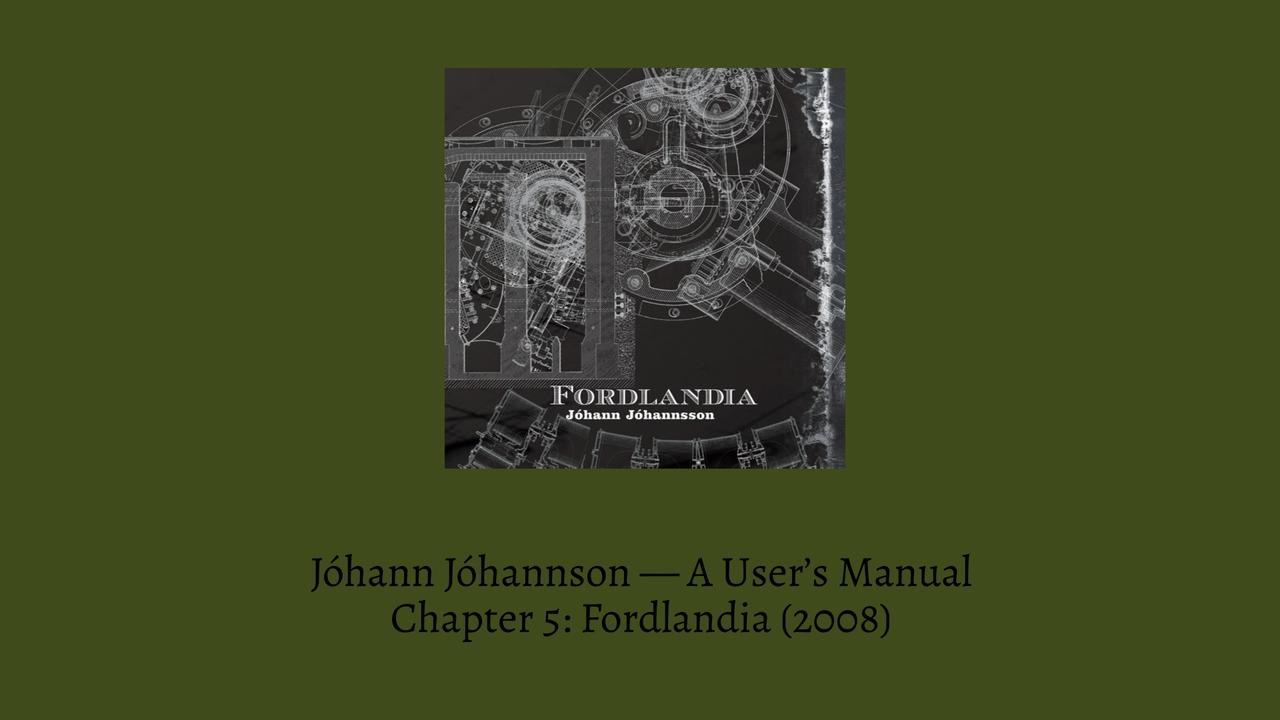 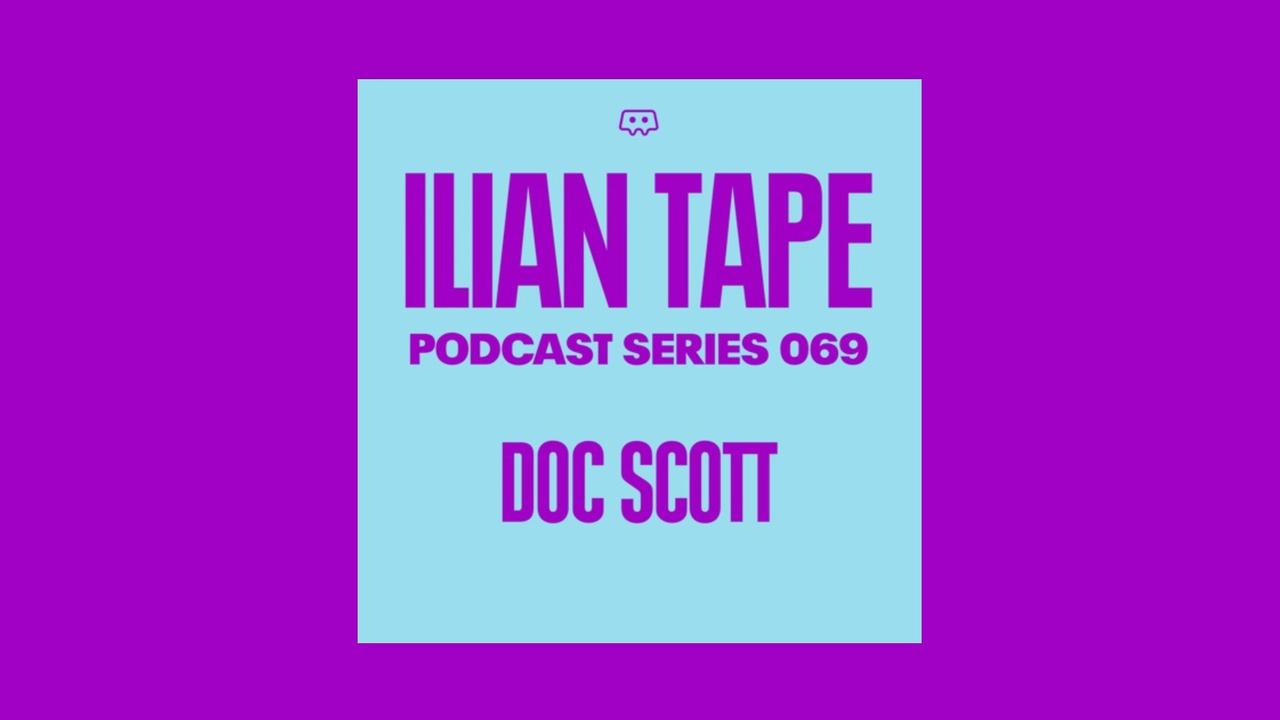 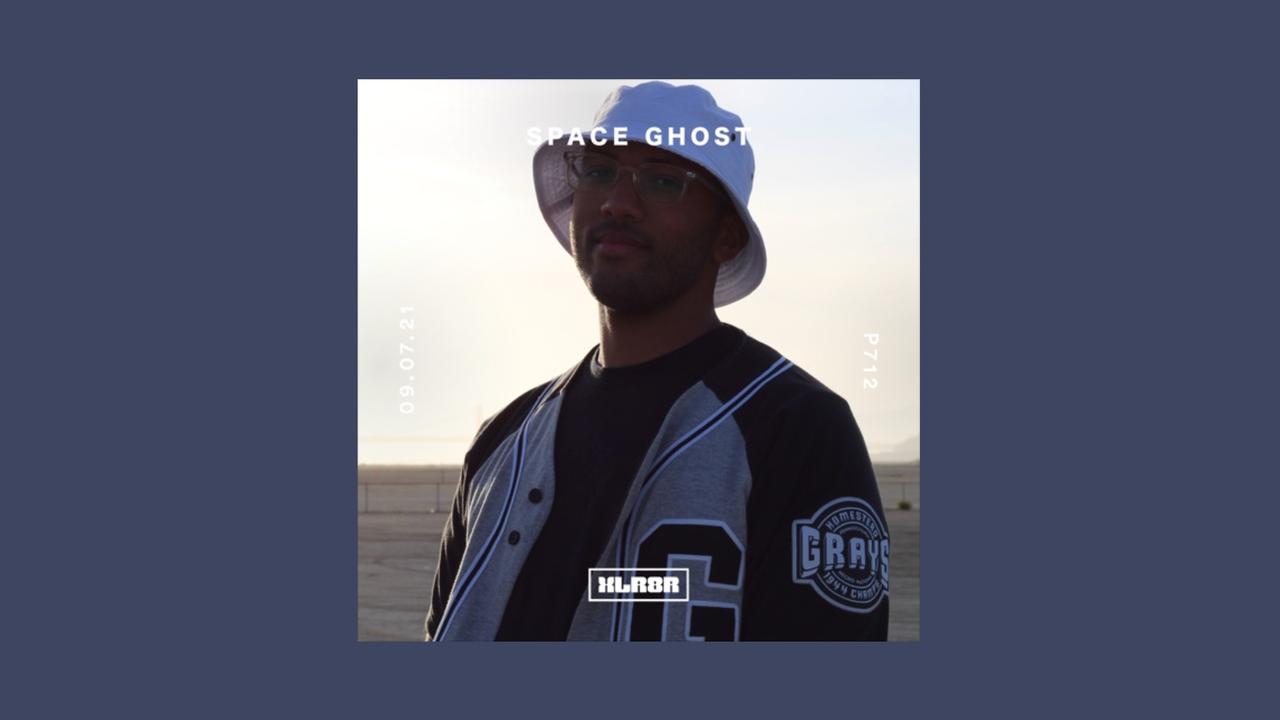 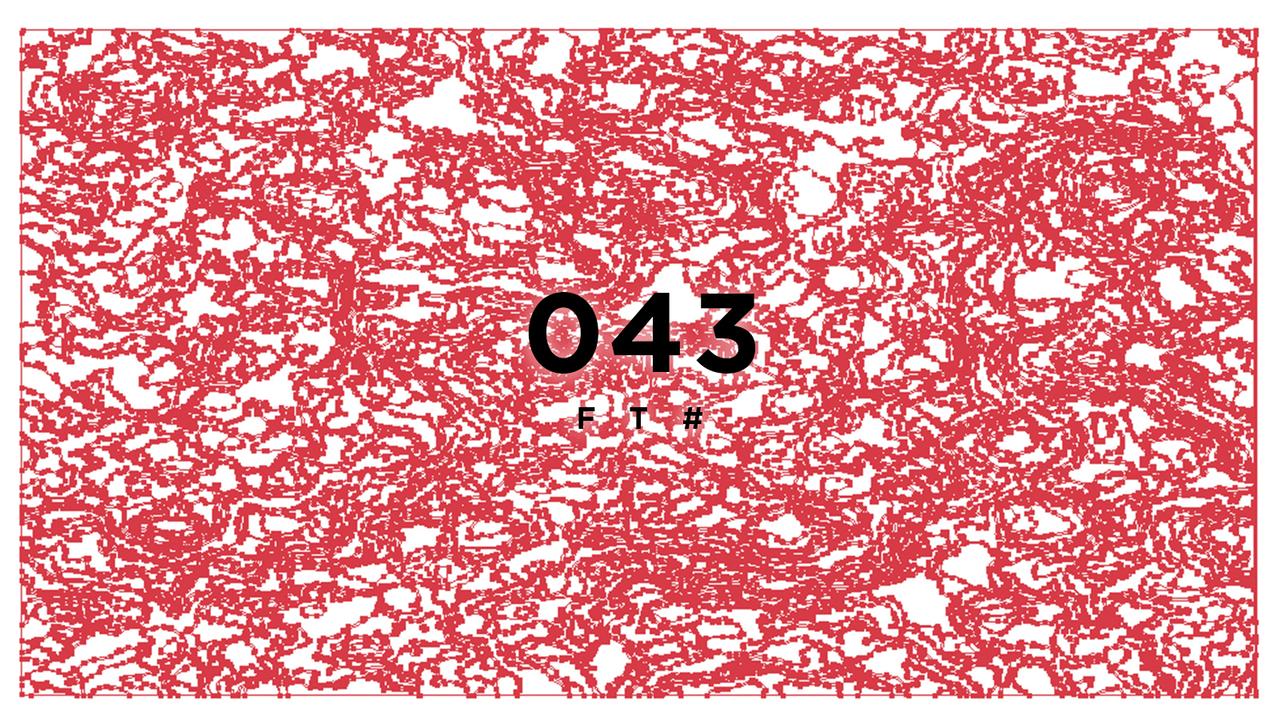 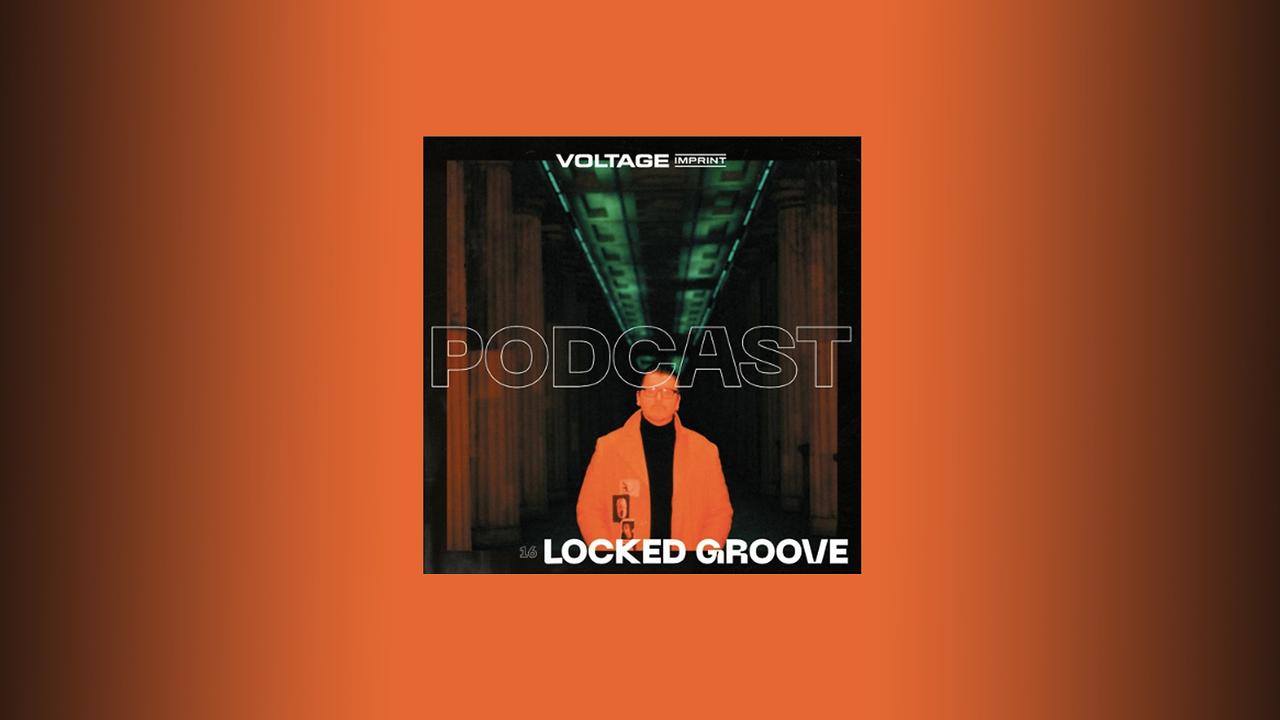 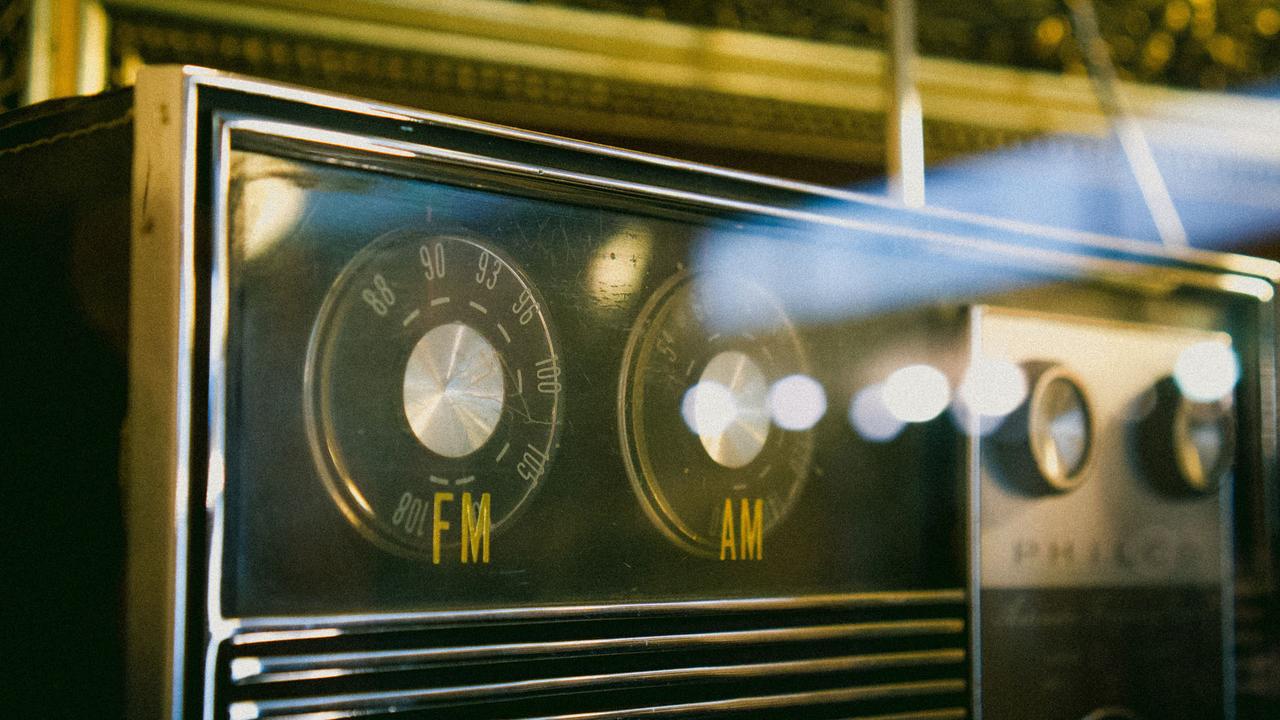 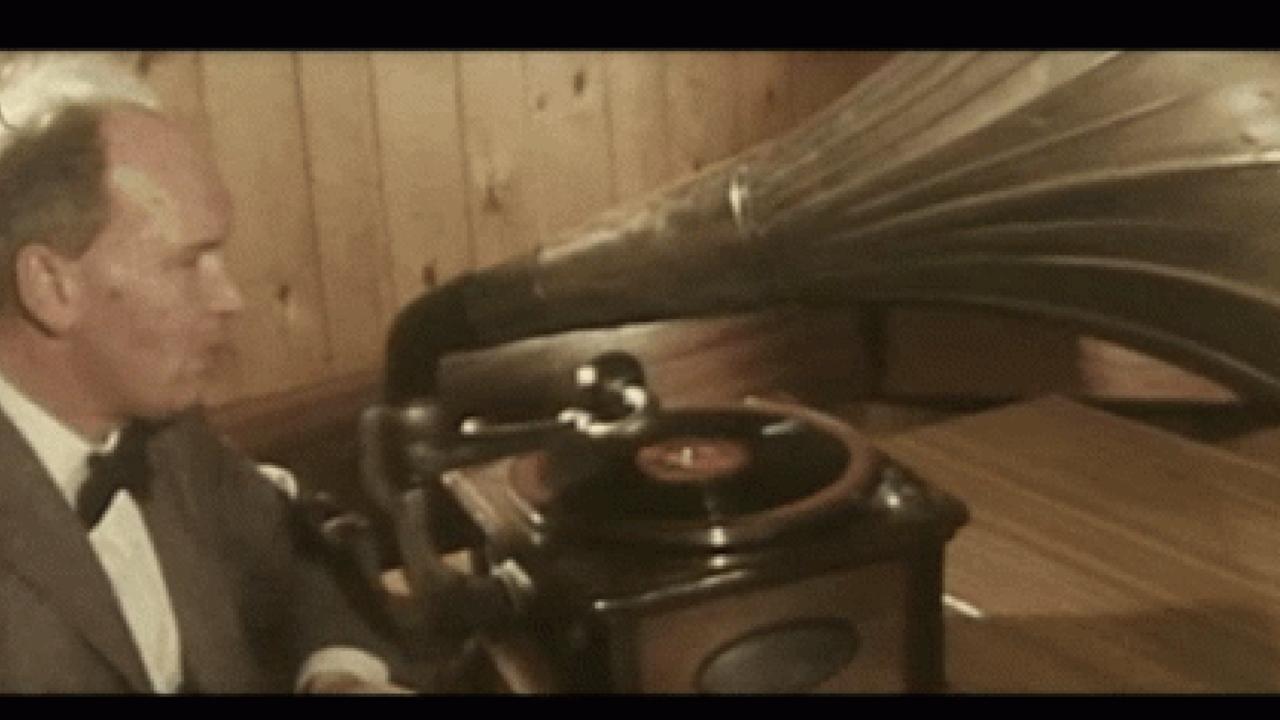 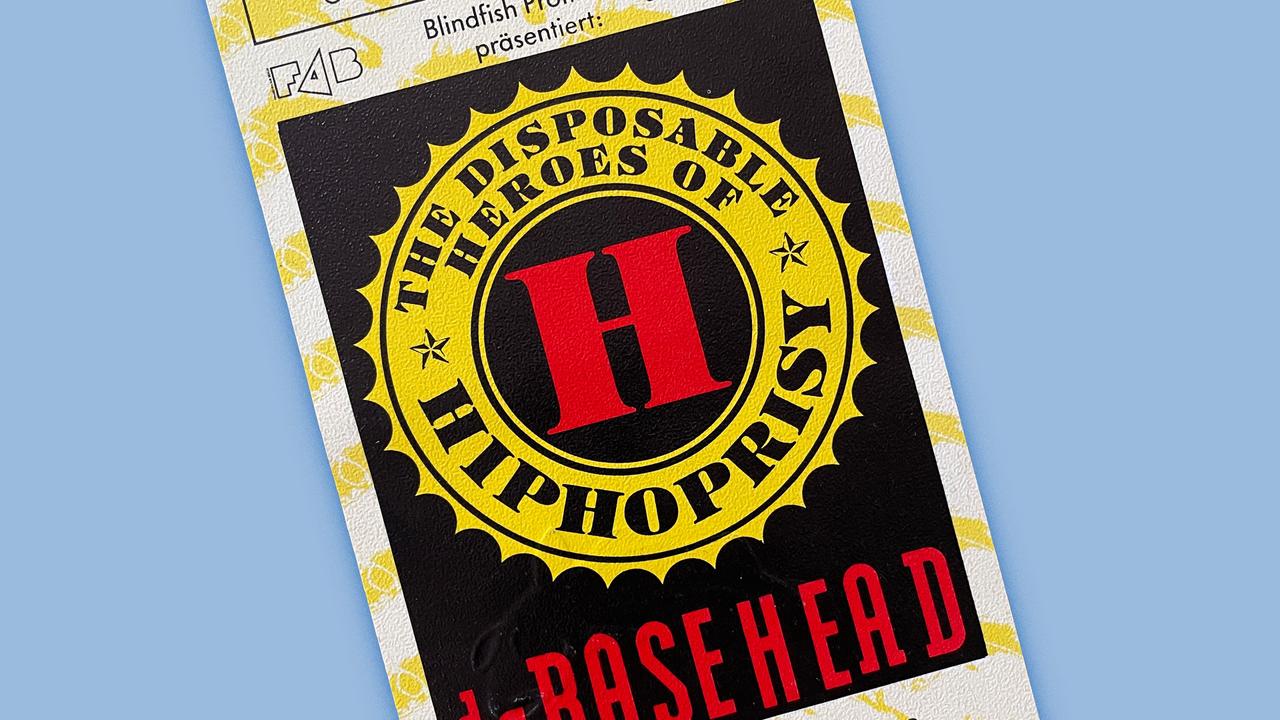 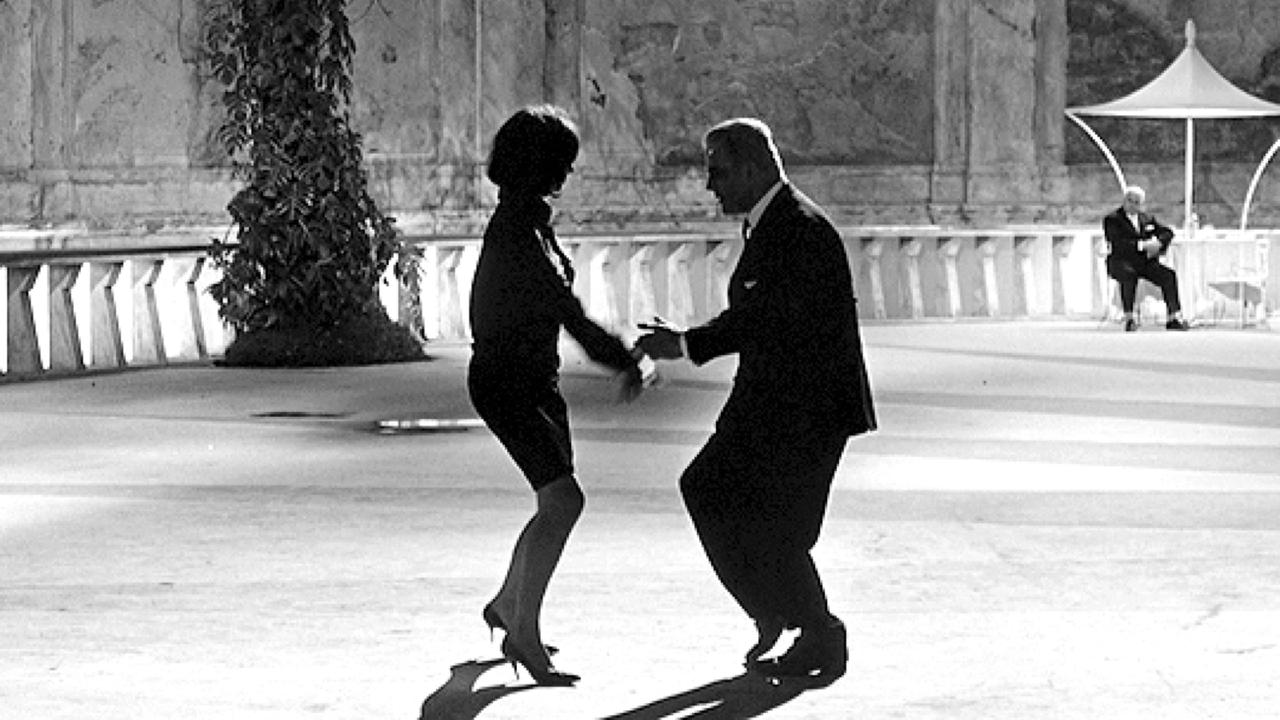 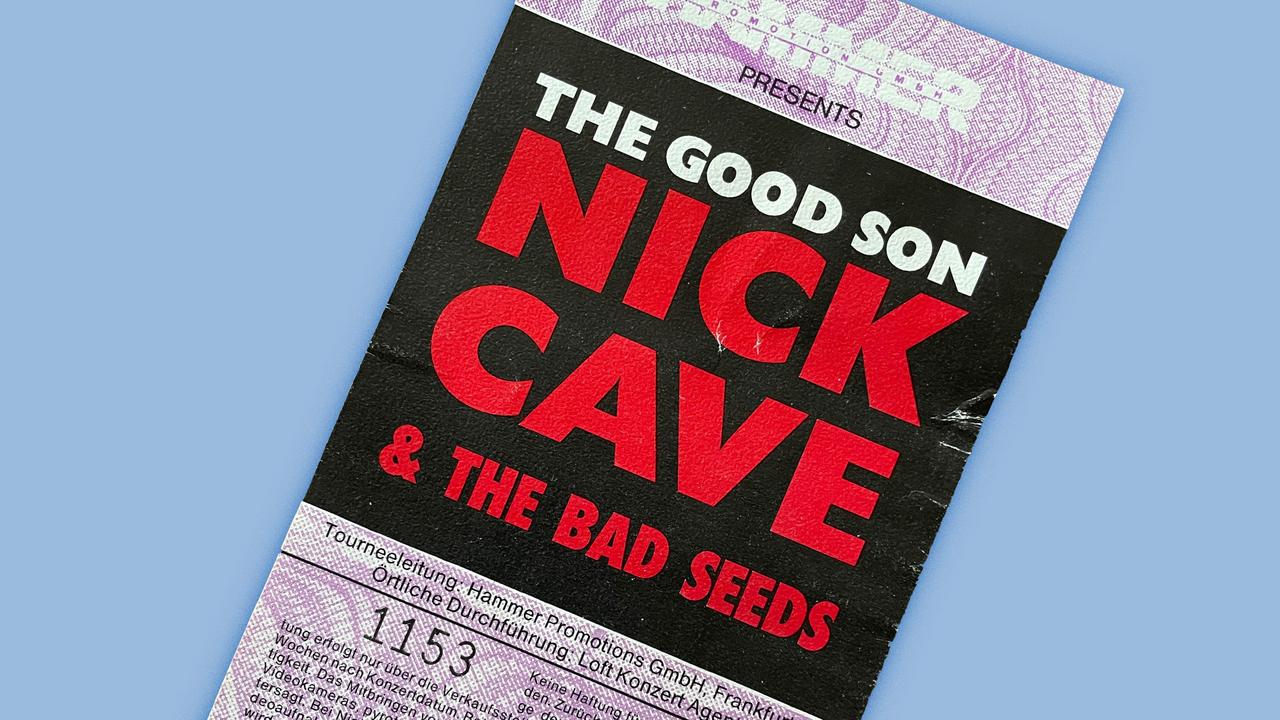 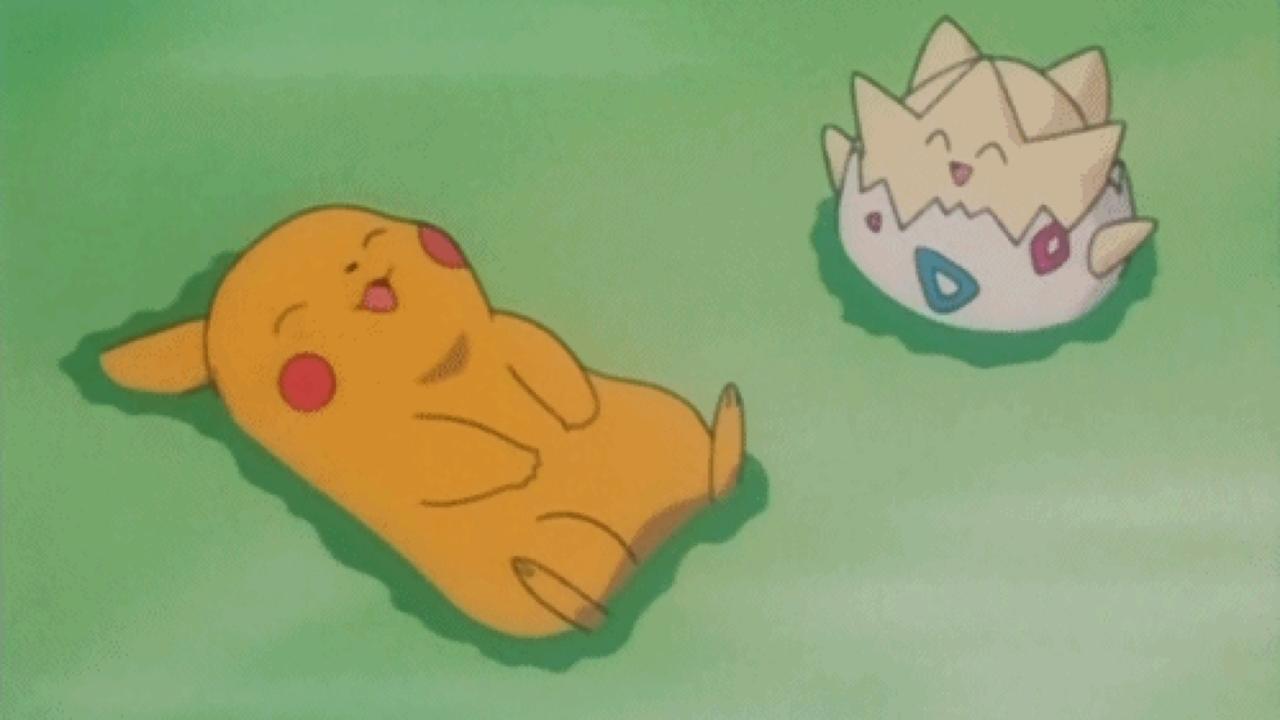 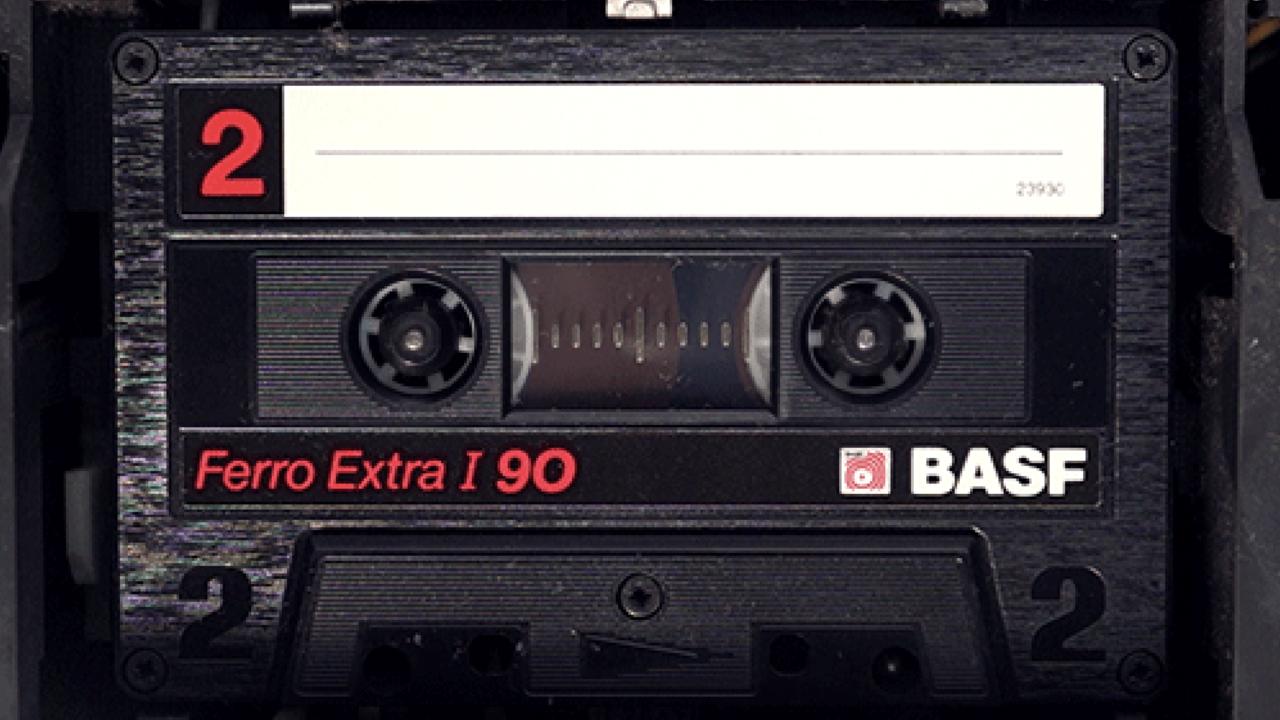 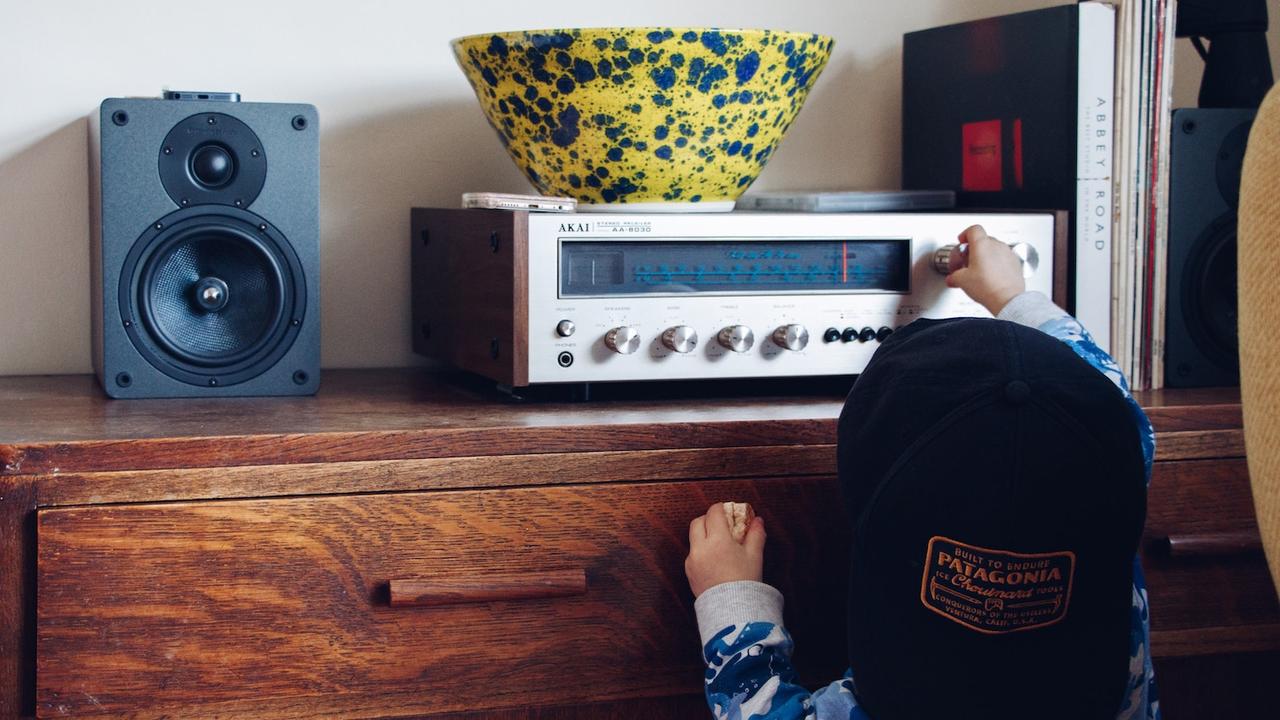 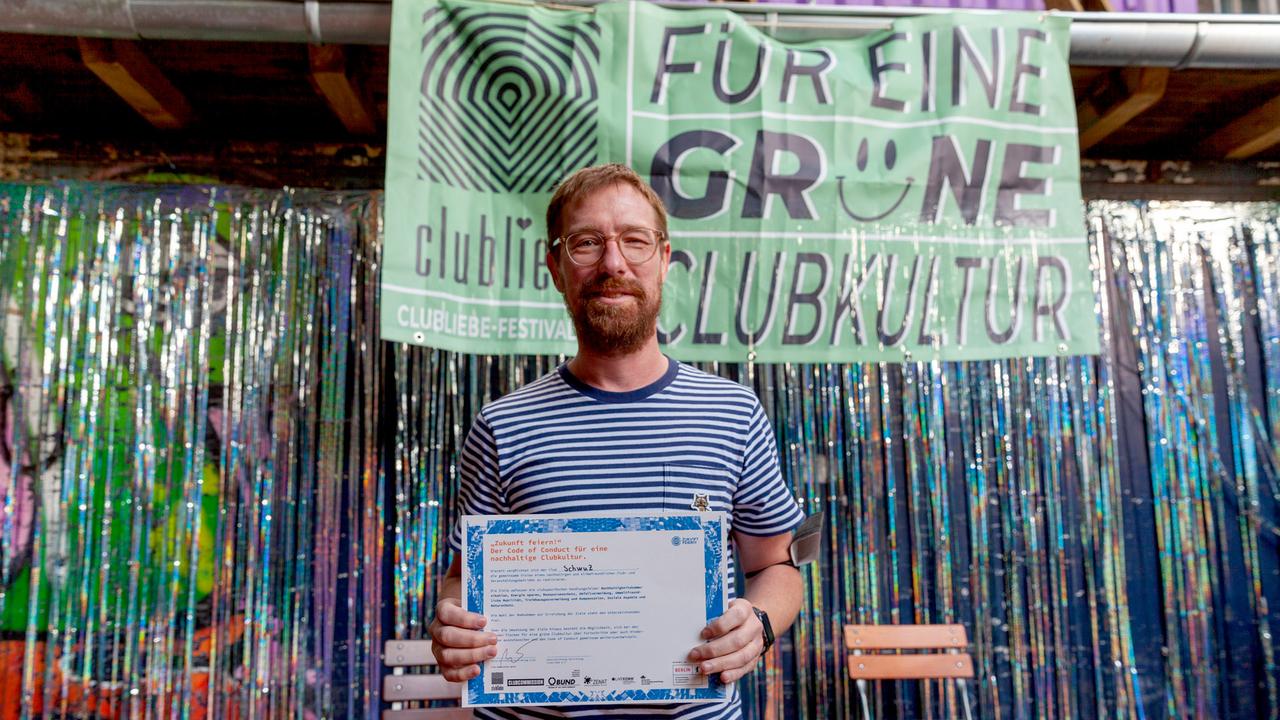 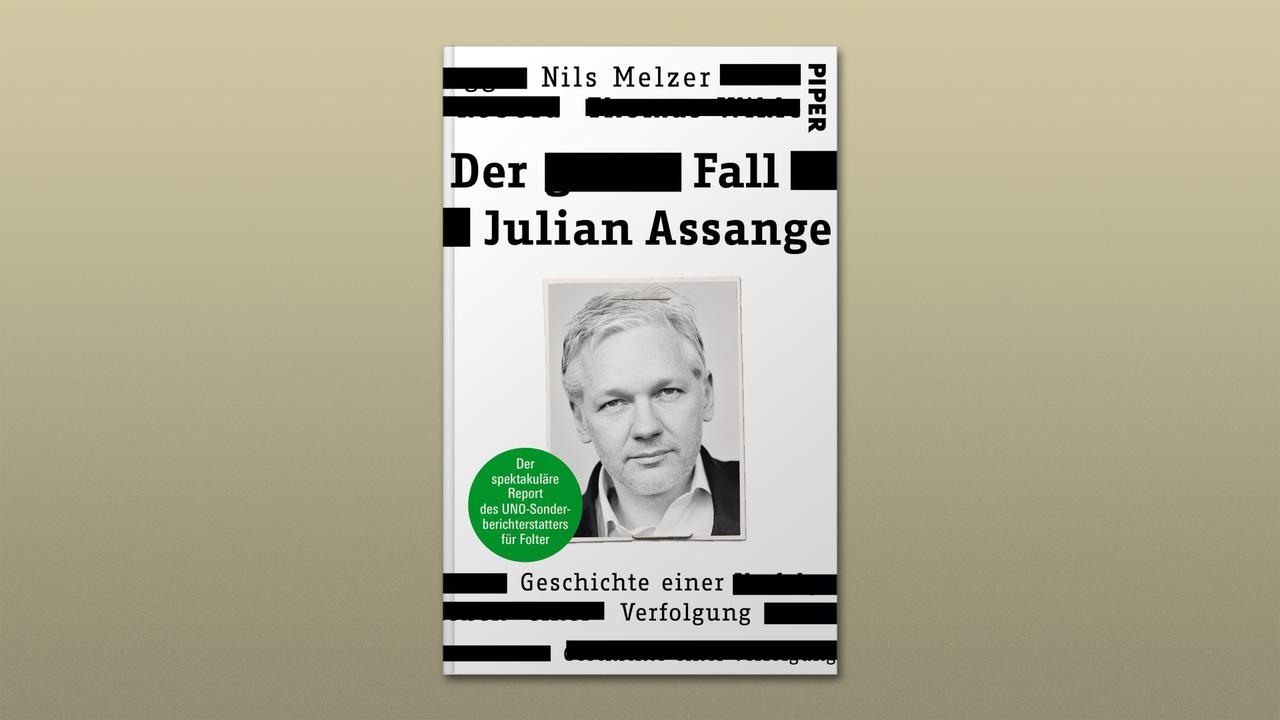